The Borough of Zeytinburnu uses next4biz to transform citizens’ complaints into satisfaction.

The Istanbul Borough of Zeytinburnu builds its foundations on the principle that its citizens are its center-point of focus. As such, the Borough envisages to deliver fast and easy access to communications as well as increase its citizen satisfaction through increasing both the efficiency and quality of service. We linked up with the Head of the Information Technologies Department of the Zeytinburnu Borough of Istanbul, Erdem Zekeriya İskenderoğlu, who has been using next4biz to manage all citizen complaints since 2012 in order to understand how they manage the requests of the citizens and what next4biz provides for their complaints management.

In addition to call center operations, with seven operators working from 8 am till midnight, they are now in a position to receive complaints through their website, emails, SMS as well as “the white desk”. The aforementioned is a special service provided by Turkish boroughs so that any problems citizens may have can be solved through this channel. We were notified that the top three channels whereby they received the highest number of complaints were through phone calls, their website and in person at the white desk. Iskenderoglu said that they also receive complaints from ISKI (Department of Water Management in Turkey) as well as the City of Istanbul Borough. Through next4biz, they can collect and manage all of the complaints into one single platform. In addition to the call center, next4biz is also utilized into various other departments. Therefore, when a complaint is recorded, it is possible for next4biz to assign it to the specific department as well as ensuring it is possible to measure the performance of all teams involved. Via next4biz, they can plan and identify both the users and the department to be assigned for request processing. There is a total of 276 different categories of complaints with topics ranging from problems with the pavements, planting of trees etc. which are all managed by the Zeytinburnu Borough. The number of requests that they manage on a daily basis is changing throughout the year. For example, it is evident during periods of frequent excursions and activities or when tax payment deadlines are approaching. They also observed a general increase of complaints during this period. Through automated emails and the SMS feature of next4biz, citizens are constantly kept in the loop regarding the status of their complaints.

Iskenderoglu listed the three most important benefits of next4biz: the ability to track citizen complaint processes in detail (as well as the complaint history), the ability to assign complaints instantly through workflows, and the ease with which it becomes possible to throughout the many departments due to the web-based structure. He told us the following regarding the changes next4biz has brought to their complaints management and how this aids them on a daily basis in their effort to support the citizens:

“A process of citizen satisfaction has been established by our solution with the aim of enabling and improving the sustainability of the satisfaction of our citizens. The process of handling all citizen complaints is managed in accordance with the requirements of the ISO 10002 standards. Our borough views the feedback related to its services not simply as complaints but more as means of development and improvement conveyed to the borough for us to work on, fix or take any necessary preventive measures. Nevertheless, each and every complaint sent to us from our citizens is an issue and we view each complaint as an opportunity for us to remedy whatever had previously been missing in the services which we provided.

All the complaints received by our service orientated public institution (the Solution Centre of Zeytinburnu Borough) are evaluated from the standpoint of continuous improvement in all services provided. It is due to this that having the ability to have all complaints registered, replied to and analyzed into a single database is very important from the perspective of the improvement process.

In citizen complaint management, next4biz has enabled us to conclude all our complaints with 360º observance. It has further aided us in one of our biggest challenges – the tracking of the complaints resolution time. It has assisted us in the speed increase of the resolution of citizen complaints and in making document tracking easier. Sending an SMS to citizens once a complaint has been submitted, enabling them to track their complaints online, ensuring department heads are instantly informed of any delayed complains and instant forwarding of registered complaints to the related unit as work orders are integral features which can be found in our system. Since next4biz is an online application, it is possible to log into the system from any given location with internet access. As such, instant receipt and quick solution of complaints has now become possible. In essence, next4biz has aided us to begin to manage not only the processes between the complainer and the receiver of the call but rather the entire complaints management process”.

Last year, the Istanbul Borough of Zeytinburnu earned the right to obtain the ISO 10002 certificate of quality in customer satisfaction. Iskenderoglu spoke to us about the initial set up whereby they examined the entire system with next4biz and applied for the ISO 10002 quality certificate. He further stated that they did not face any problems during the audit period of the certification and that the reports presented by next4biz made it easier for them to be qualified for the ISO 10002 certification. He told us the story of how using next4biz had helped resolve complaints on waste collection services of the borough and that they were audited within four hours. Moreover, he explained that to test the complaints management process, the auditor of the institution of quality certification had disguised himself as a common citizen and had sent in a request for waste collection service through the call center. After the new issue had been submitted on next4biz, the relevant staff instantly received work orders and within a space of two hours the waste in the area of concern had been collected. Now, every month the Mayor of Zeytinburnu Borough, Murat Aydin, examines complaints found in next4biz and especially surveys the complaints management system by calling citizens up to evaluate resolved complaints. Iskenderoglu told us of how, before next4biz, they were unable to learn or measure the types of complaints received from particular regions and that M4ibiz had made it possible to analyze these issues using regional dimensions. He also added that through next4biz, they are now able to prepare detailed reports of citizen complaints and to measure improvements in numbers.

He said: “As a result of the detailed reports we receive, we are in a position to observe all the processes in complaints management. Based on the topics and resolution time of the complaints, we identify the problems and create suggestions for solutions. Once these solutions have been implemented, we are then able to observe the improvements in numbers. The satisfaction survey which we have conducted on our citizens provide us with important information in this regard”.

The Borough of Zeytinburnu received 10.513 calls within the first six months of 2017 and was able to achieve a 100% success rate in meeting solution times, as promised to citizens. The next4biz dashboard and reports make it possible to prepare statistics on recurring complaints and issues; complaints sought to be resolved through external measures, procedures that have been improved due to complaints, the ratio of complaints comparisons and the performance of citizen representatives as well as many more details. Iskenderoglu confirmed that they had resolved 93% of all complaints received and 51,028 of the 52, 388 calls received in 2017 have been answered – with 93% of them being answered within 20 seconds.

The Istanbul Borough of Zeytinburnu also uses next4biz to conduct its citizen satisfaction surveys, and is able to report survey results and provide relevant feedback. In the near future, collaboration is planned with next4biz for the integration of geographical information systems. It will aim to the integration of geographical information systems in order to identify the types of complaints received from each particular region and create maps of the density of complaints. A more focused approach in complaints management is the new target, with density maps being available on the screens of all the related department managers. 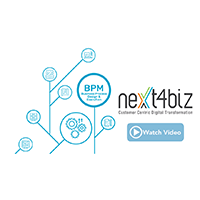 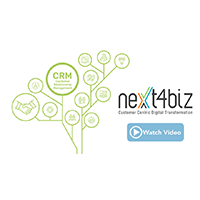 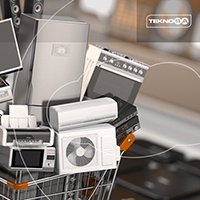 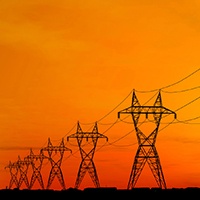 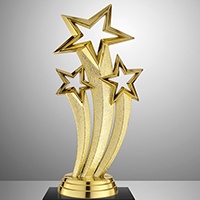 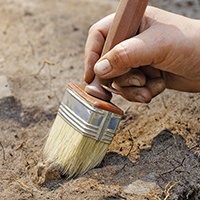 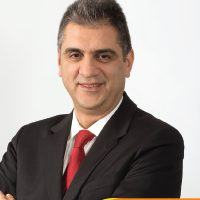 In-house Software or Buy it ? 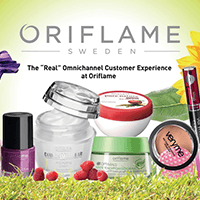 A 22-Question Test: How Good Are You at Complaint Management? 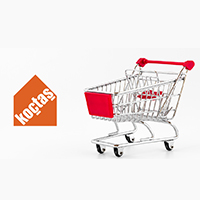 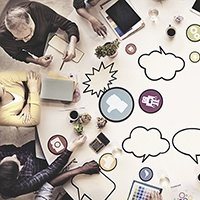 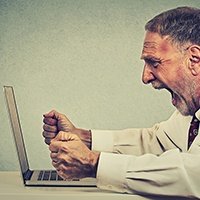 Confessions of a Customer Service Manager: "We Hit Rock Bottom!" 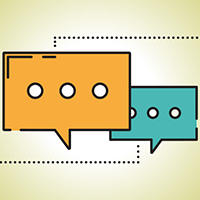 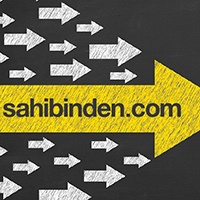 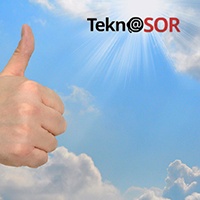 Teknosor opted for scalability and flexibility on the cloud 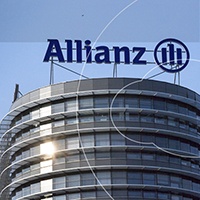 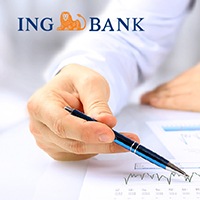 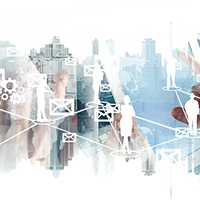 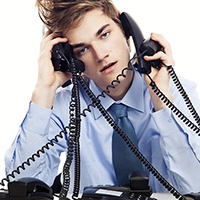 Call Center is Not Enough! 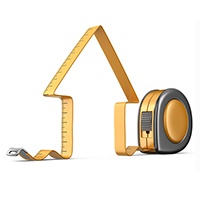 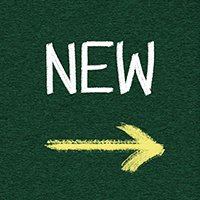 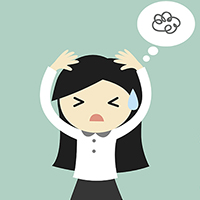 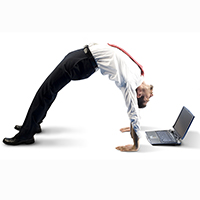 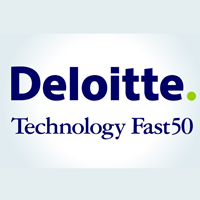 This site uses local and third party cookies, that help us to provide and improve our services. Deactivation of the cookies is possible by disabling them via your browser settings. In this case, functionalities and usage of the site may not work properly. If you want to find out more, you may access our privacy policy, defining acknowledgement for how gathered data is used. Unless you change the cookie settings, we will consider your acceptance and consent for the cookies.
Privacy Policy